Governors may be contacted by emailing the Chair of Governors via Mrs S Wallace-Abbott, the Clerk to Governors, using swo@st-peters.bournemouth.sch.uk 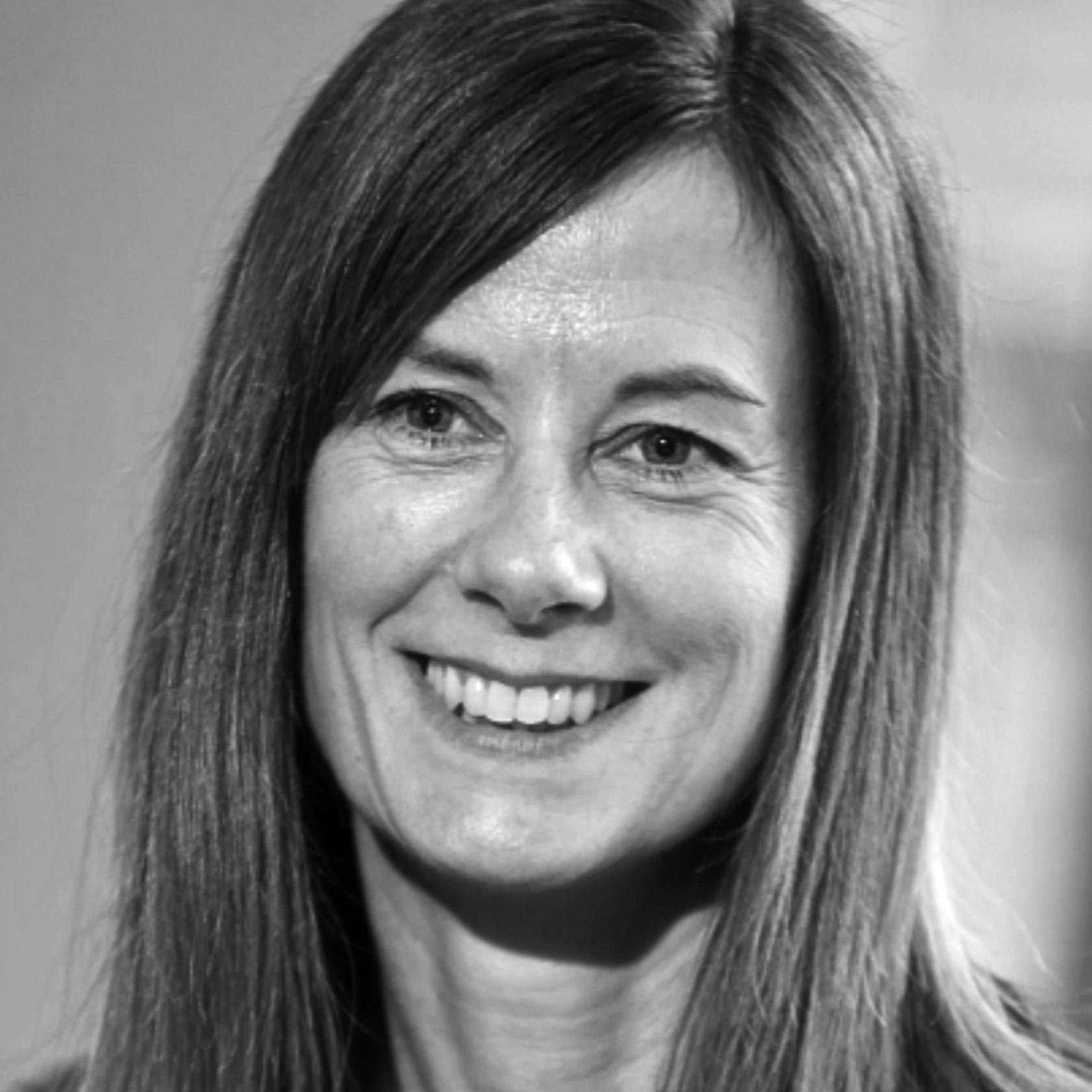 I was elected to serve as the Chair of Governors from January 2020 after becoming a Foundation Governor in September 2019. I first became a Co-opted Governor in January 2018 as I wanted to support and play an active role in St Peter’s remaining a strong school as it continues its exciting journey to becoming an all-through school; one that is committed to maintaining a focus on everyone at the school being the best they can be. I sit on the Teaching, Learning and Achievement Committee. I’m also mum to a child at St Peter’s school 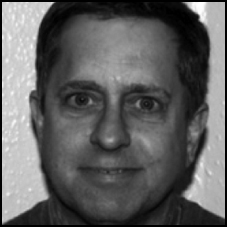 I have been a Foundation De La Salle Governor since 2003. I am Vice Chair of the Governing Board, Chair of the Finance, Resources and Premises Committee and a member of the Pay Committee. I am now semi-retired and was appointed a Foundation Governor and Chair the Student Welfare and Catholicity Committee. I am the Link Governor with specific responsibility for Section48 matters. 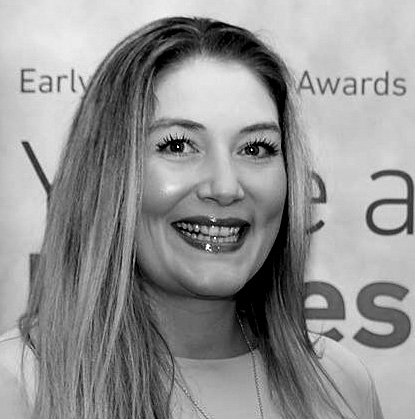 I was elected as Parent Governor in December 2022. I am a former student of St Peters School and now my son attends the Primary Phase. I currently work In Early Years Education as a Director of Audit and training, specialising in Safeguarding, inclusion, Special Educational Needs and developing positive behaviours. I was elected as a Parent Governor in January 2019. I have been a primary school teacher for 18 years and am currently the special educational needs and disabilities coordinator (SENDCO) at another local school. I have 2 children, one of whom is in the Primary phase of St Peter's. I sit on the Student Welfare and Catholicity Committee. 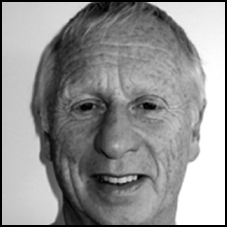 I have acted as a Co-opted Governor since 2009 and I sit on the Finance, Resources and Premises Committee where I report on site matters. 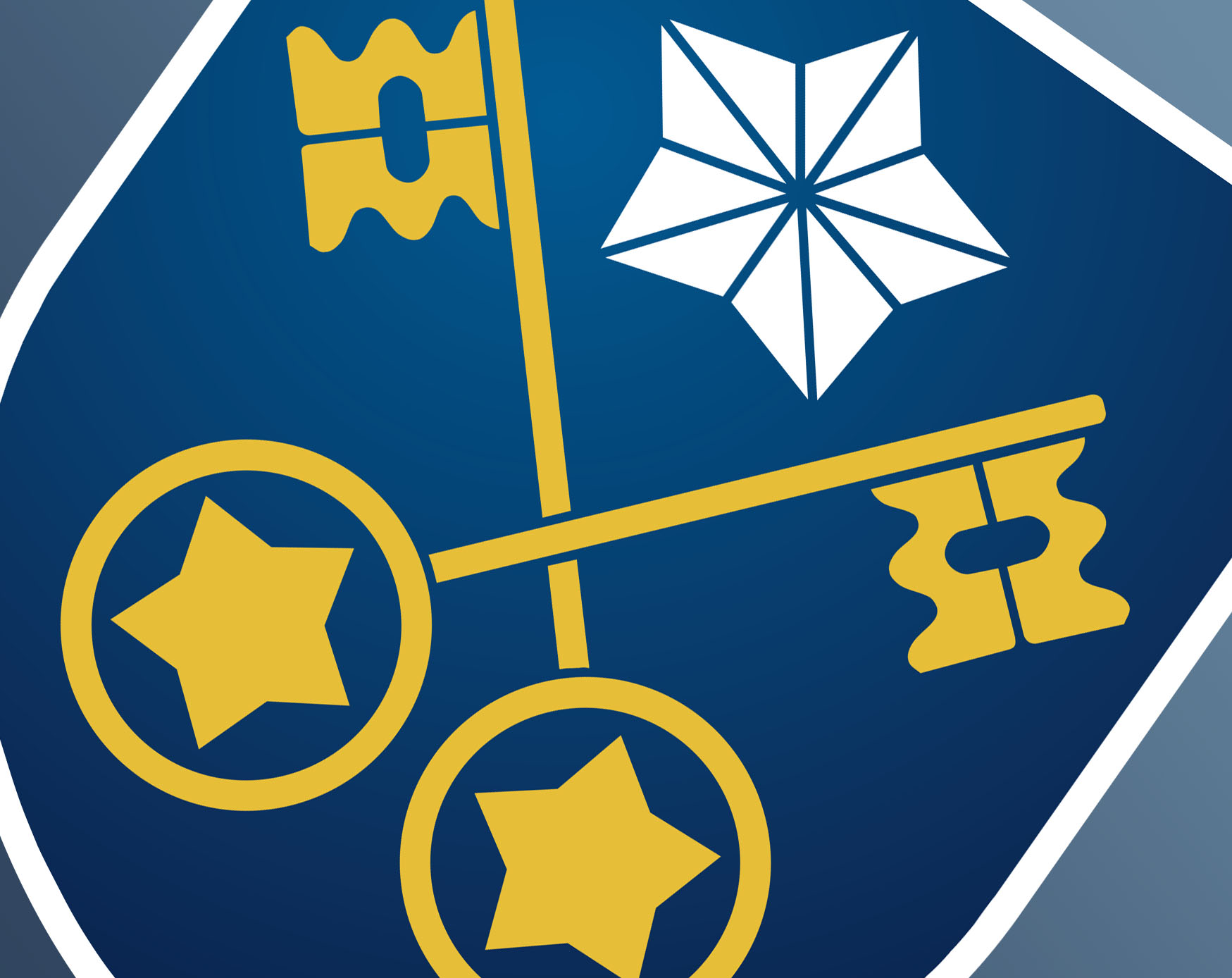 I am a Staff Governor having worked at St Peter’s for over twenty years initially in the catering facility before training as a teacher with the help and encouragement of staff here. I worked as a Teaching Assistant specialising in behaviour whilst completing my History degree. I am now both a teacher and manager of the Inclusion Room for behaviour. I have received so much support from the community at St Peter’s that it feels like my second home and I felt it was time I gave something back by volunteering to act as a staff governor. 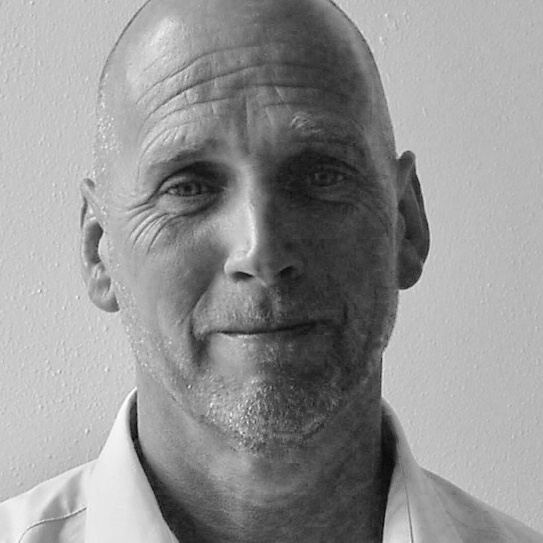 I am employed as Estates Manager at St Peter’s School and was elected as a Staff Governor in November 2014 where I sit on the Finance Resources and Premises Committee. 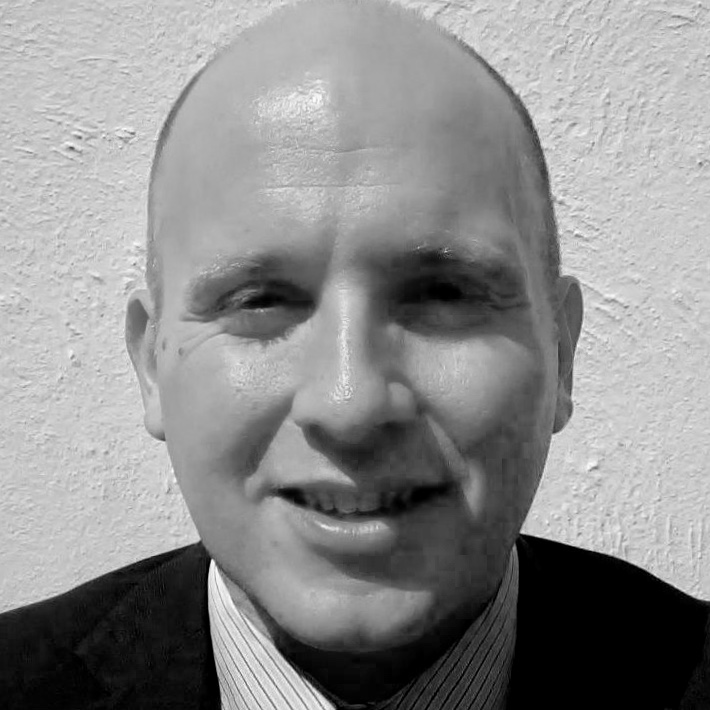 I sit on each committee by virtue of my role as Headteacher. 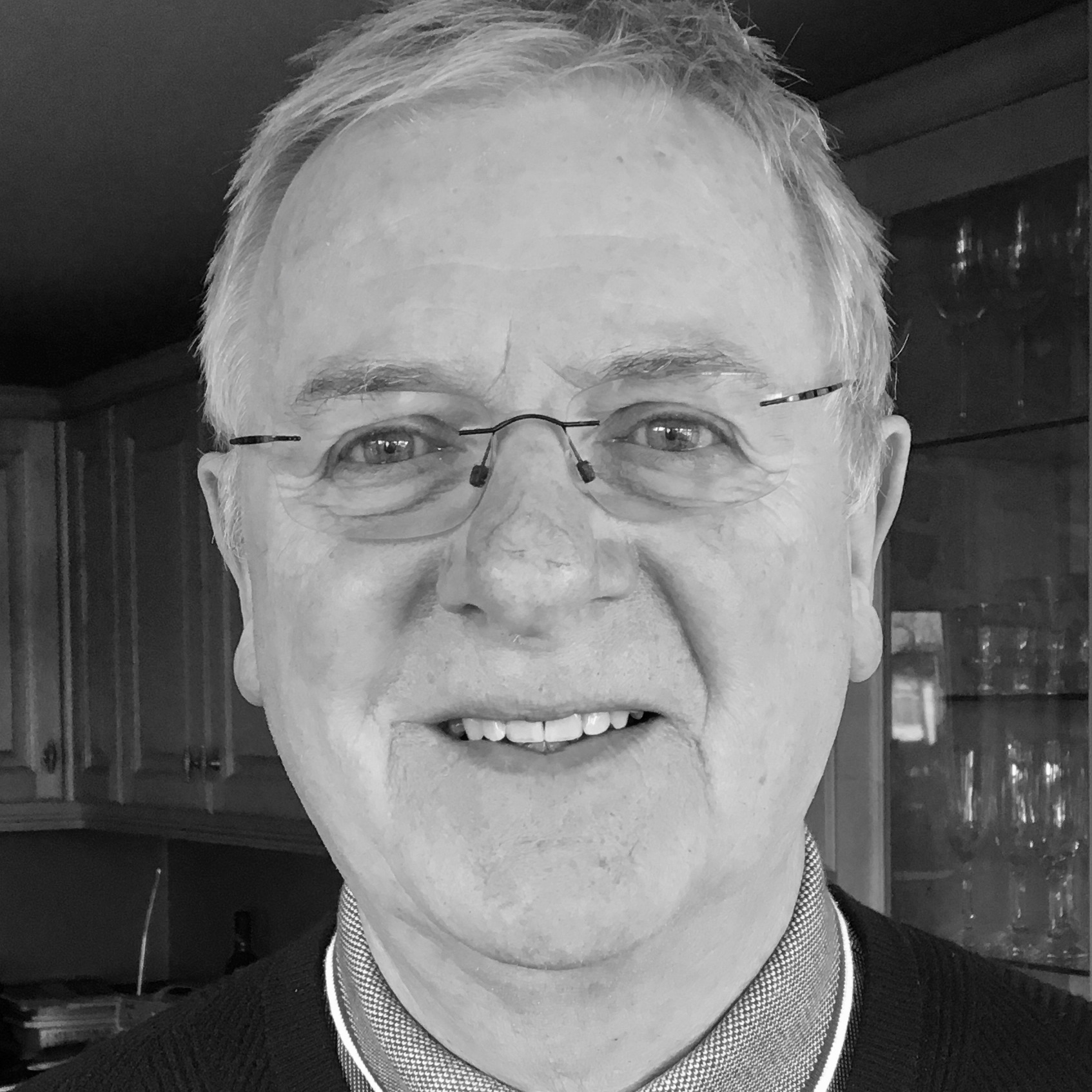 I am a former Headteacher and Ofsted Inspector and was appointed as a Foundation Governor in January 2020. I sit on the Teaching Learning and Achievement Committee 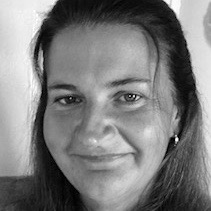 I was appointed as a Foundation Governor in December 2021 and I sit on the Student, Welfare and Catholicity Committee. I am the Link Governor for Safeguarding.

I work as a Senior Leader in the Financial Services industry specialising in risk and compliance specifically on the topics of Financial Crime and Data Protection.

I currently have two children at St Peter’s.  I am looking forward to supporting the school, students, parents and teachers to become the best that we can be. 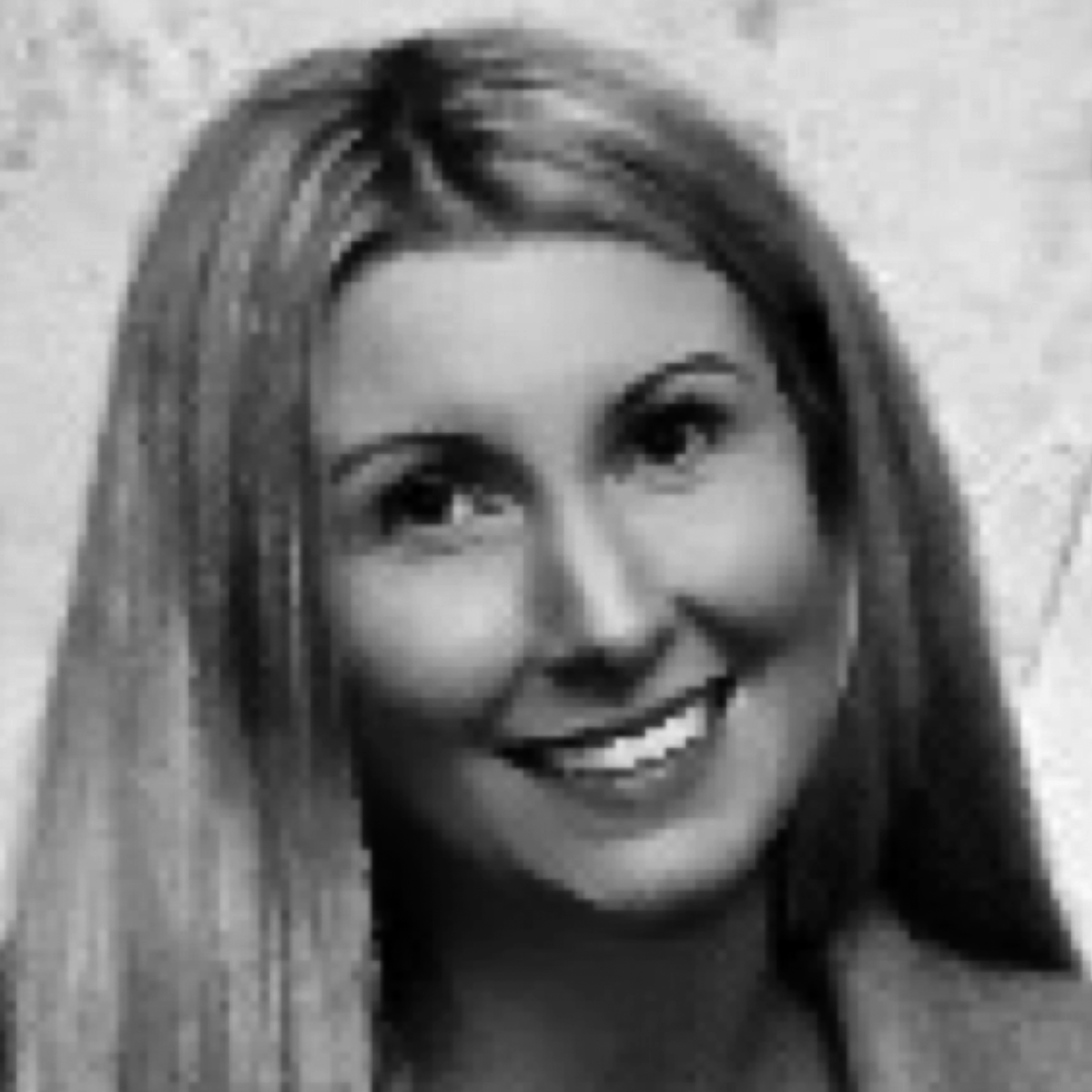 I was appointed to the Board in January 2018 as a Co-opted Governor where I am a member of the Student Welfare and Catholicity Committee. I also have one child at St Peter's in the primary phase of the school. I was ordained as a priest for the Diocese of Portsmouth in 1984 and have worked in a number of parishes, as well as holding diocesan roles. Over the years I have been a Governor in fifteen different schools, Primary, Secondary, Independent and MOD.

Recently (September 2022) I took up an appointment as Parish priest at Corpus Christi, Boscombe, when I joined the Governing Body at St Peter’s as a Foundation Governor nominated by Bishop Philip Egan.

Through involvement as a Governor, as well as supporting the Chaplaincy Team, I hope to make a contribution to what St Peter’s is offering its students, their families and the wider community. I am a Foundation Governor for the DLS and am a member of both the Finance, Resources and Premises and Teaching, Learning and Achievement Committees.

Based in Christchurch, I am an Area Manager/Funeral Director for a sizeable local independent funeral company. I have a specialist interest in occupational health and safety and have a Master of Science degree (Merit) in Occupational Health and Safety Management.I’m currently Vice Chair of Age Concern Christchurch.

I have previously served as a governor at St Peter’s School and also within the grammar school setting. 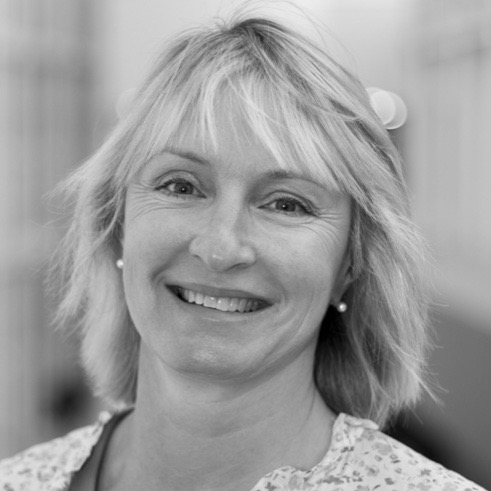 I am a Co-opted Governor, where I am a member of the Student Welfare and Catholicity Committee. I am the Link Governor with specific oversight of the arrangements for students with special educational needs and disabilities (SEND).

I work locally in Finance as a Compliance Officer and have 5 children, 2 of whom attend St Peter’s. My youngest child has severe special needs and attends Linwood where I previously served as a Governor and am currently a member of the Charitable Trust. 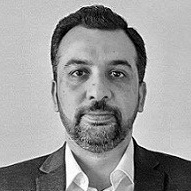 I am appointed as De La Salle Foundation Governor and part of the Finance Resource and Premises Committee. I work as a Product Manager with a financial institution. I have one child who attends St Peter's. 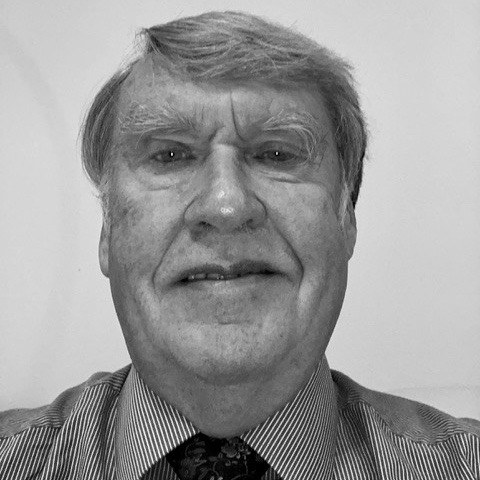 I was appointed as a Foundation Governor in November 2021 and sit on the Teaching, Learning and Achievement Committee.

Prior to retirement I was an Executive Director of Curriculum and Quality at a large Further Education College. I have experience of teaching in 11–18 schools, a sixth form college and a further education college. I have worked as an Additional Inspector for OFSTED and I have served as a Governor in a primary school.

I have a grandchild at St Peter’s School.

Structure of the Governing Body

In an academy “trustees” fulfil the roles traditionally fulfilled by governors. At St Peter’s trustees are usually still referred to as governors. Academies have the legal status of companies and are also charitable trusts meaning that trustees have the responsibilities of both company directors and charity trustees. They must have the best interests of the academy uppermost in their minds at all times and have a duty of compliance, ensuring all relevant laws and regulations are followed.

As holders of a public office, trustees should also be aware of the Nolan principles of public life: selflessness, integrity, objectivity, accountability, openness, honesty and leadership. Like all company directors and charity trustees, academy trustees must be autonomous in their decision-making and avoid conflicts of interest. For example, if they are connected to another organisation in the local community, such as a business, their decisions as a trustee must be made independently. Governors have a strategic role to play within the school organisation, leaving the day-to-day operational matters to the Headteacher and staff.

The Governors of a Catholic school work as a team, in close co-operation with the Headteacher and all the staff. Foundation Governors share the responsibilities of all Governors:

In addition, Foundation Governors are appointed specifically to ensure that the religious character of the school is preserved that the school is conducted in accordance with its trust deed and that the religious education curriculum is in accordance with the Bishop’s policy for the Diocese. Governors need to be clear about the aims and values of the school and be prepared to work with the school as a “critical friend’, recognising and celebrating achievements, supporting and encouraging strategies to bring about improvements but also asking challenging questions to ensure objectives are met.

The Governing Body is one of the key players in the school development/improvement planning process and Governors are involved in the review of the school improvement plan and the drawing up of the priorities for the coming year.

Governors receive information and discuss issues at the termly Full Governing Body meetings, although much of the work is delegated to the three committees which also meet at last once each term: Finance, Resources and Premises (FRP); Student Welfare and Catholicity (SWC)* and Teaching, Learning and Achievement (TLA). Governors are responsible for the appointment of the Headteacher and are frequently involved in the interviews of other staff, particularly at senior level despite rarely being experts in educational matters.

The Members of the Trust are in effect the shareholders of the Academy Trust (the Company). They are appointed by the Diocese and the De La Salle Order in equal number along with the Chair of Governors.

As charitable companies limited by guarantee every trust has members who have a similar role to the shareholders of a company limited by shares. They:

Register of Business Interests, Pecuniary Interests and Relationships of Members

Terms of Reference of Full Governing Body (FGB) & all Committees